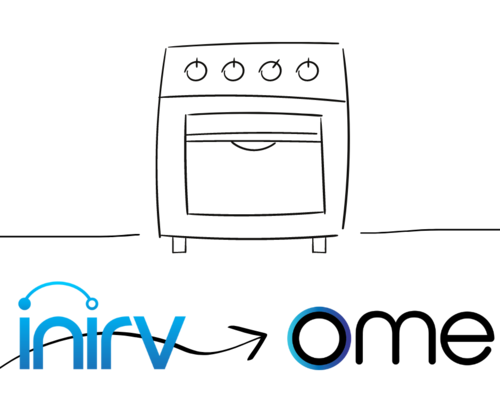 A startup’s early momentum relies not only on the founding team’s outlandish vision but also on how effectively that mission is articulated in its external business strategy. From the tone of your messaging to how you visually display your solution, every contact point you have with potential investors and customers creates the overarching narrative that influences how they perceive your brand.

Building a great brand narrative starts with nailing down the top 2 to 3 values you want to convey and the belief that echoes these values: What belief is your mission built upon? Why do you care about it so much? How will your startup deliver on its promise? These are the impressions you want your audience to take away from your collective marketing efforts.

Like your startup, these branding attributes may eventually need to pivot. In fact, pivoting your business may necessitate a brand refresh to remain true to your mission. However, rebranding is not a decision to be made frequently or flippantly. A poorly timed rebrand will cause logistical challenges that end in losing brand recognition, breaking web assets, and confusing existing customers. But if your brand narrative no longer aligns with your mission, then rebranding becomes necessary for your marketing to remain effective.

For one of our portfolio founders—Akshita Iyer of Ome—the decision to rebrand her early-stage startup felt inevitable:

“As a consumer-facing company, it’s not just about the solution you’re building, but what your company’s brand identity tells potential consumers and the feeling evoked by simply saying its name. All of it has to be sticky.”

In the aftermath of her mother’s kitchen fire in 2016, Akshita Iyer set out to create a solution to help other families avoid a similar tragedy. Her team developed a smart knob for gas and electric stoves that turns them into smart appliances within seconds. By syncing directly to your smartphone, the smart knobs give you total control of your stove from anywhere.

The first iteration of Iyer’s startup was called Inirv, which pulled from the medical term “innervate” and describes how nerves connect different parts of the body and allow them to communicate with one another. The name reflected the technical aspects of her startup’s solution, but as Akshita began pivoting to a consumer-facing market, she knew that something was off:

“As my vision for what the company could become evolved, I started to feel uncertain and apprehensive about the name because we were no longer just building a product, we needed to build a brand and an identity. I just never felt like Inirv fully encompassed our vision or mission.”

Realizing she was at a pivotal moment just before mass production of their inaugural product and rebranding would become a logistical nightmare, Akshita decided to pull the trigger on a new name and look. However, she quickly began to worry over finding the right name and aesthetic for her venture. So, back at the drawing board again, she reached out to our very own Leura Craig here at Outlander and asked whether she should seek out a marketing agency that could approach the project with a fresh perspective.

Akshita took two weeks to make a list of dozens of words that came to mind when thinking about peace of mind, safety, cooking, or simplicity. Her team even dug up some names from the past to re-evaluate their potential. Unfortunately, like many early-stage startups, they repeatedly ran into trademarking roadblocks because major appliance brands had gobbled up so many of the terms they came up with. Additionally, Leura reminded them that they also needed to be able to acquire a strong domain. Eventually, Akshita went so far as to send out a mass text to her friends and family members asking them to send her any word they could think of that might be connected to the company in some way.

In response to Akshita’s all-call for branding ideas, her sister-in-law sent the word “OM,” as in the sound that’s frequently used in meditative practices. Akshita thought it was interesting because of its connection with a sense of peace and serenity, which her venture’s products aimed to bring to consumers. Still, she worried it was already too heavily associated with other things, like yoga and meditation practices. But after reaching several other deadends, she looped back around to it and started to consider how it might be able to work.

“From a meaning perspective, I realized that it aligned deeply with what we’re trying to do: at our core, we’re bringing peace of mind and tranquility to your home. I also knew that if someone heard the name, they would understand it, but I was worried that just seeing it, they might not know how to pronounce it. So I thought, well, why don’t we add an E to the end, simplify the pronunciation, and let it be a derivation from that word?”

And so Ome was born.

From there, Akshita turned her attention to the look of the brand, which had initially been envisioned to feel very “techie” in nature with its sharp font and bright blue gradient.

She realized that the visuals weren’t matching the feeling they wanted their company to convey, which was a sense of calmness. So her team shifted to soft, curved, and lowercase lettering and incorporated gradient colors going from blue to purple. They even managed to make the O in Ome a subtle nod to their first product: a circular, smart stove knob.

For Akshita, the brand instantly became warmer and more understandable. Consumers didn’t need to know all the technical details behind the product to benefit from it; they just needed to get a sense of what their experience would be like owning the product: simple and worry-free. So they continued to build out their messaging using the new name and a focus on value their product brings to consumers—ease, simplicity, and peace—and purposefully avoided aesthetics and messaging reliant on fear-mongering.

“I started to think, what if we come out with a new product down the line that works with our system to make cooking more efficient — like a sensor that can detect the temperature of your meat? I didn’t want to box us into being exclusively about kitchen safety. Our vision is to create products that all funnel up to creating peace of mind and building better kitchens for busy families.”

In the end, it was Akshita who gained some peace of mind about her company’s future and its message to the public. Previously, she’d struggled to envision Inirv becoming a household staple name. But with Ome, the pieces finally started to fit together for her startup to take the next big step. Not to mention, it renewed her confidence in the mission she set out on several years ago.

Her advice for fellow startup founders considering a rebrand? Go with your gut:

“If in your gut you feel like you need a name change, do it. Our rebrand had a significant effect on my ability to lead; I strongly believe that as a founder, you need to feel that spark of inspiration every time you see your company’s name.”

You’ve probably heard the phrase “Branding is everything,” and it is without a doubt a pivotal part of the startup journey. But rebranding choices aren’t to be made frequently or flippantly. Akshita’s team chose the right moment, avoided major trademark and domain pitfalls, and ensured they stayed true to their overall mission and narrative. In short, they utilized their rebrand to speak to their potential customers with a clearer and more compelling message that will ultimately lead to greater success for their brand. 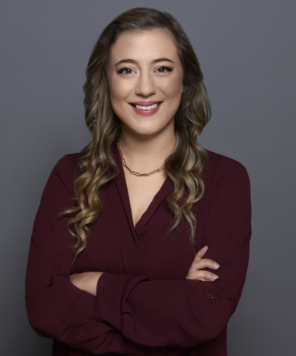 Leila is a communications strategist based in Birmingham, Alabama, who believes in investing in a better, more progressive future.